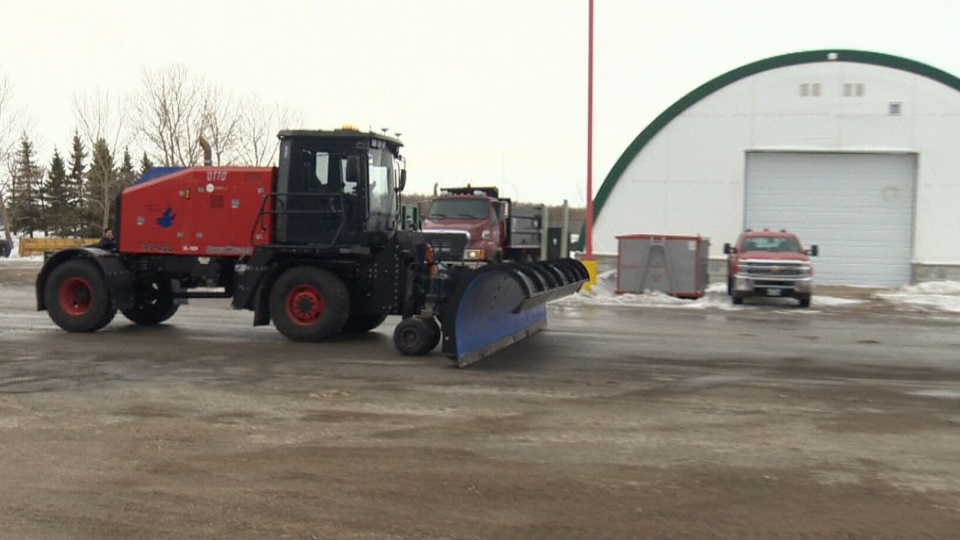 A first-of-its-kind snowplow has been unveiled in Winnipeg, and no driver is required.

“We use GPS to guide the vehicle up and down the paths we want to maintain and we use sensors like LIDAR and radar to sense around it,” Shawn Schaerer of Northstar Robotics said.“If there’s something in front of it, it stops.”

The plow can go from driver operated to driverless with the flick of a switch. Winnipeg Airports Authority says there are times where there’s zero visibility and driving snowplows in those conditions can be very difficult.

This autonomous technology is already used in vacuum cleaners and has been tested in cars. But OTTO was developed in Manitoba thanks to a partnership between Northstar Robotics Inc. and Airport Technologies Inc.

Over the next few years, OTTO will be used to clear the entire airport. The airport authority says there are no plans to reduce jobs by expanding the fleet of robotic snowplows because even driverless OTTO requires a remote control operator.

Northstar Robotics is hoping that Winnipeg Richardson International Airport is just the beginning for this new technology.

“We want to be in every airport in the world that has snow.”